Huawei is rumored to be working on the successor of Ascend Mate from some time. We’ve seen the handset pose for the camera before as well.

If you’re still not sure about the purported handset, some more images of the handset were leaked lately, showing us what it could look like. 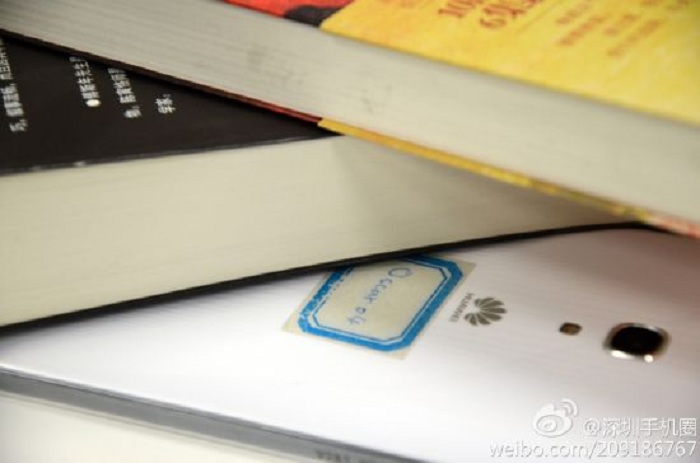 Smartphones with large displays are becoming popular these days. Almost every manufacturer has a large phablet, Samsung with its Note 3, Sony with its Xperia Z Ultra, etc. Huawei on the other hand had Ascend Mate which was showcased at the Consumers Electronics Show 2013.

The images don’t give us a detailed look of the handset from all angles, but the leaked images pretty clearly shows a massive Huawei device, with its logo on the back of the device. According to rumors, Huawei Ascend Mate 2 comes with a 6.1-inch display sporting a 720p resolution, quad-core Huawei Kirin 910 processor, 2GB RAM, 13-megapixel rear camera and 5-megapixel front-facing camera and should run Android 4.4 out of the box.

The handset is rumored to make an official appearance at CES 2014 next year or MWC 2014 in January. Let’s just take this rumor with a pinch of salt. We’ll find out how much truth lies in these rumors next month, if CES launch rumors are correct.