What we heard previously was the the Huawei Ascend D2 would come with a inch display with a with a full HD resolution of 1920 x 1080 pixels, plus a quad core processor clocked at 1.5GHz. 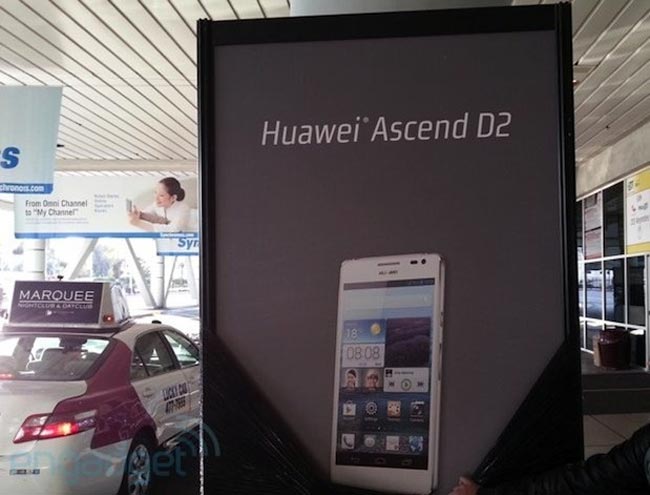