We have already seen some details of one quad core Android smartphone from HTC, the HTC Edge, and now the guys over at Engadget have obtained a render and some specifications of a new rumored quad core HTC smartphone, the HTC Zeta. 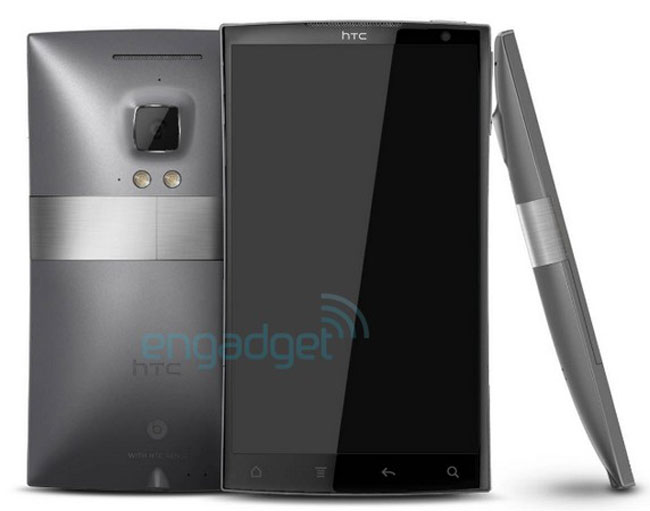 The device is also rumored to come with the latest version of Google’s mobile OS, Android 4.0 Ice Cream Sandwich, and a new version of HTC’s custom user interface, HTC Sense 4.0.

On top of that the HTC Zeta is also said to come with 32GB of built in storage, plus a microSD card slot and an 8 megapixel camera with a dual LED flash, the camera will be able to record full HD video in 1080p.

Other features on the HTC Zeta include a front facing 1.3 megapixel camera for video chat and a 1,830 mAh battery, as soon as we get some more information on the HTC Zeta we will let you guys know.

From the rumored specifications it certainly sounds like this is going to be a very interesting Android smartphone.