We recently heard about some leaked specifications for the new HTC M7 smartphone, which is basically the GSM version of the Verizon Droid DNA, and now according to a recent report the HTC M7 may be unveiled at CES next week.

The news some from Football4PDA on Twitter, who has been accurate in the past, and you can see his tweet about the new HTC M7 below. 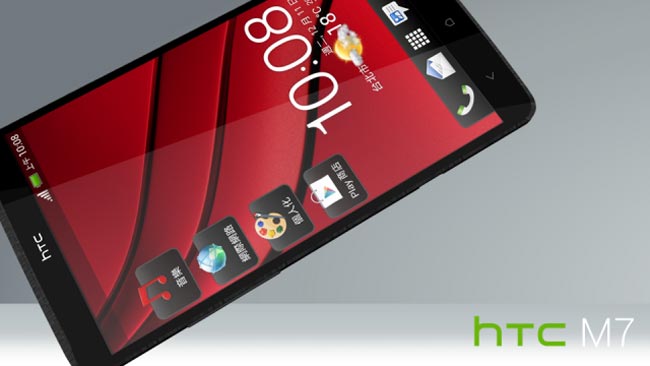 By some indirect information M7 might be announced on CES event. Moreover it might have screen buttons instead of hardware touch buttons…

The HTC M7 will be powered by a quad core Qualcomm Snapdragon processor, clocked at 1.7GHz, and the handset will also feature 2GB of RAM and 32GB of built in storage.

The HTC M7 is rumored feature a 4.7 inch full HD display with a resolution of 1920 x 1080 pixels, and it will come with Android Jelly Bean, we hopefully should have more details on the device next week.