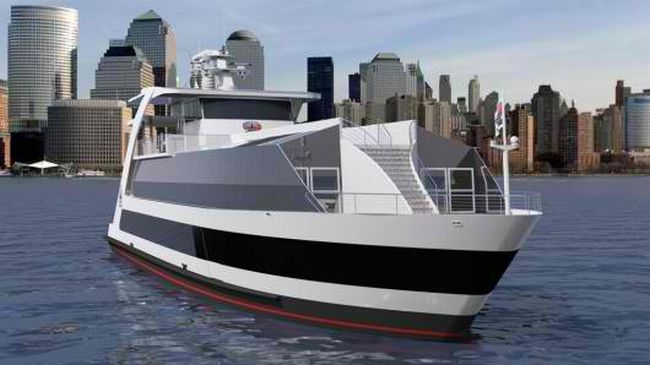 But the real attraction of the 600-passenger vessel is its hydrogen fuel. Where the San Francisco Hornblower featured a mix of diesel, wind, and solar this new vessel has the same plus hydrogen. This is done thanks to a proton membrane fuel cell that produces electricity from hydrogen, a process the Hornblower Hybrid’s makers have revolutionized to the point where it can be adapted to other vessels.

Here’s what Terry MacRae, CEO of shipbuilders Horblower Cruises & Events, has to say: “By combining hydrogen, solar and wind power, Hornblower will minimize its environmental impact as we transport guests to popular national landmarks like the Statue of Liberty and Ellis Island. Our goal is to reduce emissions to the greatest extent possible, with a goal in the future to eliminate them entirely during a cruising day.”