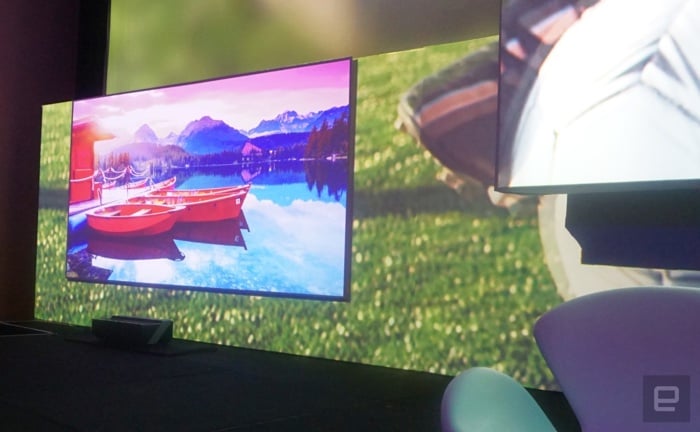 Our TVs just keep getting bigger and better. How big can they go? That remains to be seen, but one day we will get there. After launching a 100-inch version last year, Hisense is now expanding their lineup with a 150-inch 4K Laser TV projector. This was a surprise for those who attended the Hisense CES 2018 press conference.

This short-throw projector is a 150-inch version of the 4K Laser TV projector it launched last year. The company didn’t mention a release date or price tag. It’s too soon for that, but president Liu Hong Xin opened the event by saying that the company plans to move forward with the technology, so you will get a crack at it in the near future. Aside from the $10,000 100-inch model currently on the market, Hisense will also demonstrate 80- and 88-inch versions in its booth on the show floor at CES 2018.

This version is impressive to say the least. Even more impressive for those who have the room for a gargantuan TV Projector like this in their home. We will keep you updated when we hear about price and availability for this model, though it is likely to be quite a while at this point.