It looks like Apple may have some plans to upgrade the camera in iOS 5 in the future, as a new feature has been discovered hidden inside the iOS SDK, Panorama Mode, which was discovered by Conradev.

Conradev was able to activate the Panorama mode by changing a key value in the iOS 5 SDK, and the Panorama Mode then worked letting you take panoramic photos with your iOS devices camera. 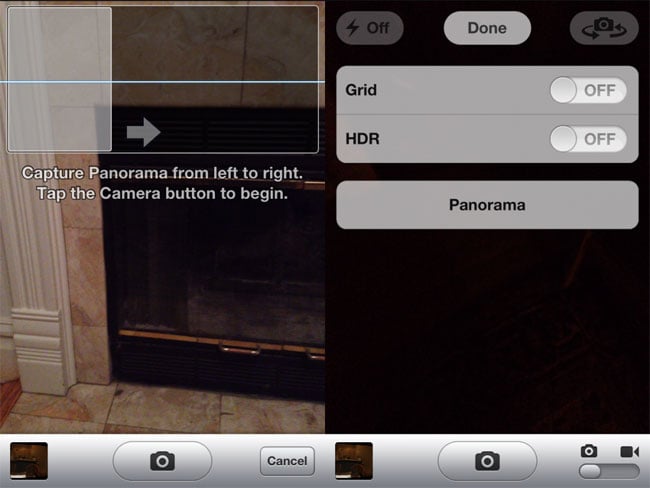 There are no details as yet when Apple will officially release an update which will enable the Panorama Mode, as soon as we get some more information we will let you guys know.