Can’t argue the veracity of its claims because it says so on the product page. Apparently, judging by the promotional material available, a certain Barry Moustapha is the entrepreneur behind Facedrink. It’s a suspiciously blue liquid that you’re supposed to ingest for “the extra energy needed to be social or to deal with your boss.” So how horrible does your boss need to be for a pseudo-energy drink to work? 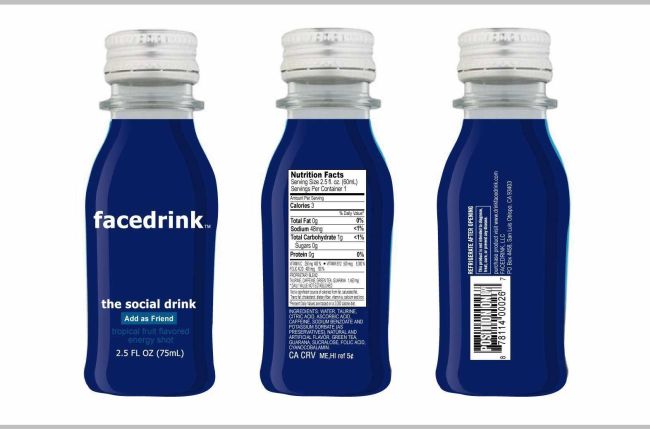 Sticking to the facts (the little that are available), Facedrink casts itself a s a fresh spin on the phrase “social lubricant.” And is currently available for online purchase.

Trolling its official site reveals a few encouraging tidbits like it’s available in stores worldwide and only contains a laughable three calories.

The implications of Facedrink are quite bad though. Basically, if everyone takes after the Moustapha guy endorsing this weird product, there might be a craze of unofficial Face-something products flooding the market soon. We’ve got an idea right now (you read it here first!) called Facepants: the pants that make you more social. It’s basically a pair of jeans that you wear to attract friends. Sounds like a winner.

Hang around for the official launch of Facepants!