Habey USA have this week announced a new addition to their range of computer modules with the launch of their Habey SOM-6670 E6XX Tunnel Creek QSeven. The tiny new module is capable of decoding two HD videos at the same time.

The new computer module measures just 70 x 70mm and is equipped with the latest Intel Atom E6XX processors, ranging in speed of .6GHz to 1.6 GHz with low power consumption from 3.3 to 7 Watts. The integrated GMA600 graphics is based on a 400 MHz PowerVR SGX mobile GPU. Watch the demonstration video after the jump to see it in action. 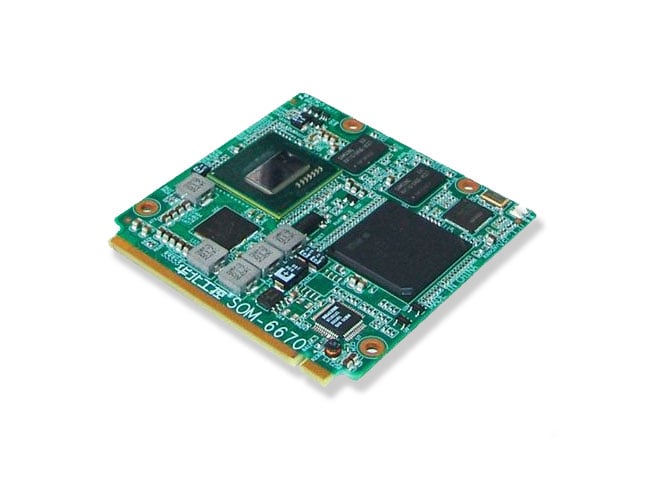 The way the module has been designed to do this is to decoding one video while the CPU is tackling the other. The Habey SOM-6670 E6XX Tunnel Creek QSeven computer module supports Windows Embedded, Windows 7, Fedora and MeeGo to name just a few of the supported OSs.