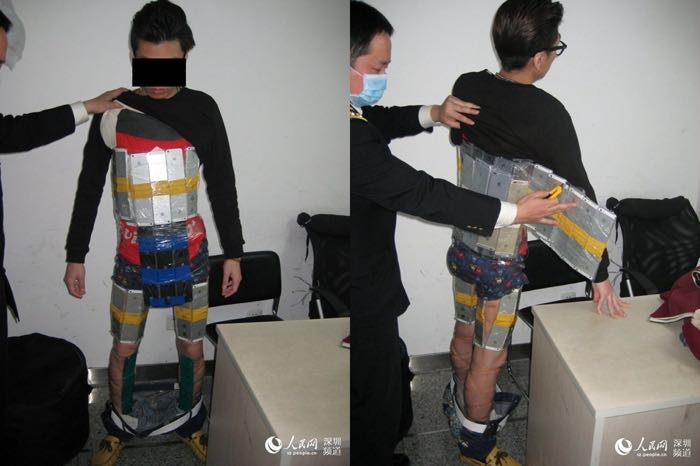 I guess this is another case of “Thank God criminals are so stupid, otherwise we would be over-run by crime”. If you are a criminal and you want to smuggle iPhones into a country, how would you do it? Well, this guy tried something really stupid and got caught.

Authorities at the Chinese border arrested a man trying to smuggle 94 iPhones into the country. The man is a citizen of Hong Kong. This genius strapped 94 iPhones to himself in neat rows rings, using just some plastic bags and lots of masking tape. So it seems that his budget is as poor as his intelligence.

The iPhones were strapped to his torso, calves, thighs and even the crotch area. Authorities noticed this guys “weird walking posture, joint stiffness and muscle tension.” They knew something was up. As dumb as this tactic is, it is apparently a common practice for smugglers, called “mobile armor,”. 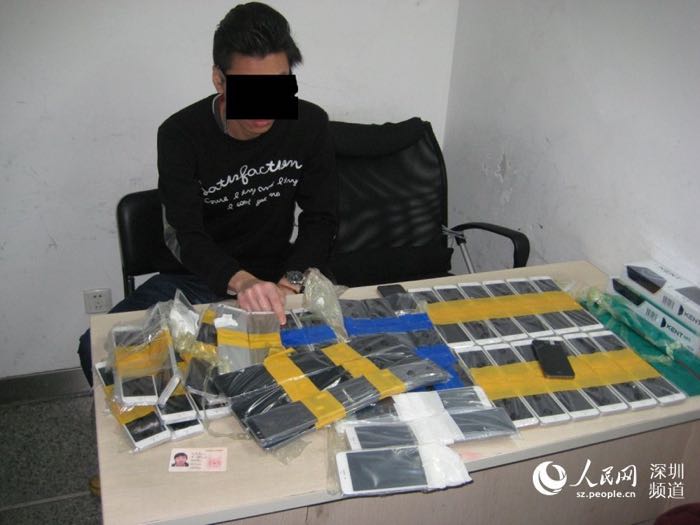 This guy had both iPhone 6 and iPhone 6 Plus units strapped to his body. And since these have been available for purchase in China for a few months, it really isn’t worth the risk of smuggling them in. The man has been taken into police custody and the iPhones are now in the possession of customs officials. Maybe this guy’s career as a criminal is over now.