Gran Turismo 5 gamers will be pleased to know that next week a new DLC is being made available for download that will bring with a range of new cars to drive. 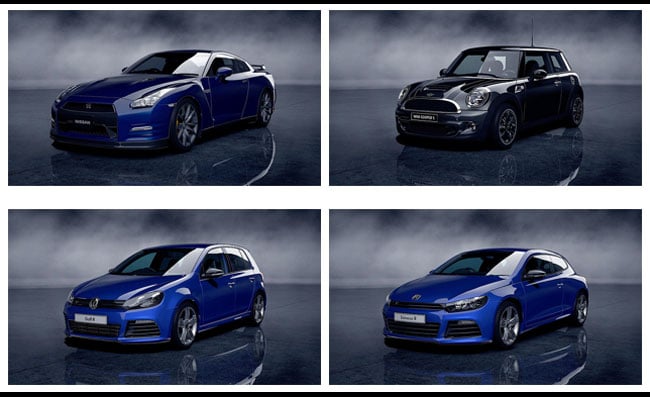 Once launched the second DLC will be available to purchase For $4. Another added feature for those of you that purchased the first DLC. Provides you will the ability to unlock the Gran Turismo Racing Kart 125 SP and five New Car Refresh cards in the game for free.

The new DLC will also bring with it a number of enhancements for Gran Turismo 5 including:

– Users can now change wheels on Standard cars
– The settings sheets will include a new ‘copy’ feature
– In GT Auto, players will be able to see how the oil changes, aerodynamic parts, engine overhauls, and racing modifications will affect performance points and engine power, before and after their application
– Free coupons have been added that allow you to wash cars, change oil, overhaul your engine, or refresh the car body in GT Auto (10 coupons will be distributed for free to each of those who have downloaded the 2.02 update)
– Pressing the Square button in the car coupon selection screen of the Car Delivery will now allow you to exchange all car coupons at once, rather than doing one at a time
– In screens where the [Garage] and [Driver List] buttons are displayed in the A/B Spec events, Special Events, and Seasonal – Events, pressing the Square button will now show the [Garage], and pressing the Triangle button will bring up the drivers list
– In My Lounge, the room settings will feature a new ‘Max. number of participants’ setting
– In the event selection screen of seasonal events, there are now ☆(star) marks that show the number of Gold Trophies attained in each event
– Improved racing sound effects
– Elements of the steering assist controls (used when using certain controllers on Racing Karts) have been tweaked