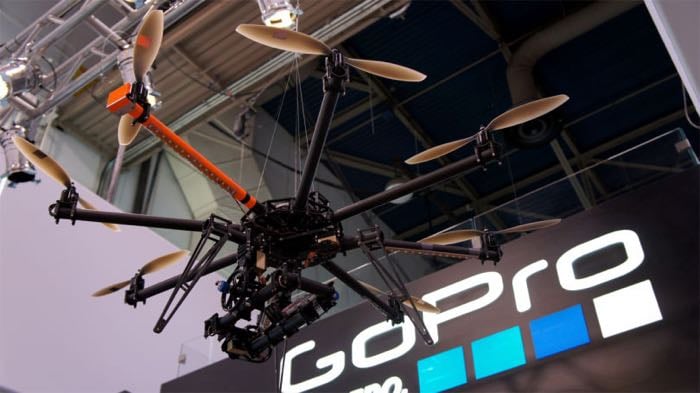 GoPro cameras are everywhere, so attaching them to drones makes sense. So why doesn’t GoPro start building its own drones? That is a match that seems destined to happen. Well, the company sees it this way as well and GoPro founder and CEO Nick Woodman says that the company is indeed developing its own drone. I think it had to happen eventually. How could it not?

Speaking at TechCrunch Disrupt SF Woodman confirmed that “development is on track for the first half of 2016. We have some differentiations that are right in the GoPro alley.” This is great news for people who make to takes lots of aerial video.

Woodman didn’t drone on, so he did not reveal what the company’s first drone will be able to do, or how much it will cost. It is too early right now. Hopefully the drone will be able to compete against the drones from the big-boys in the industry. Since development is said to be on track for the first half of 2016, we will have to wait a while for more news on this one, but eventually we will learn more and when we do, we will pass it on to our readers.