Last week we heard about a number of different domains that had been purchased by Google, the domains were all related to Google Play, and there was speculation that this would be the name of Google’s first tablet.

Google has now announced Google Play and it is the new name for their Android Market, and Google describes Google Play as an ‘integrated destination for apps, books, movies, and music, accessible to users on Android devices and to anyone on the Web’. 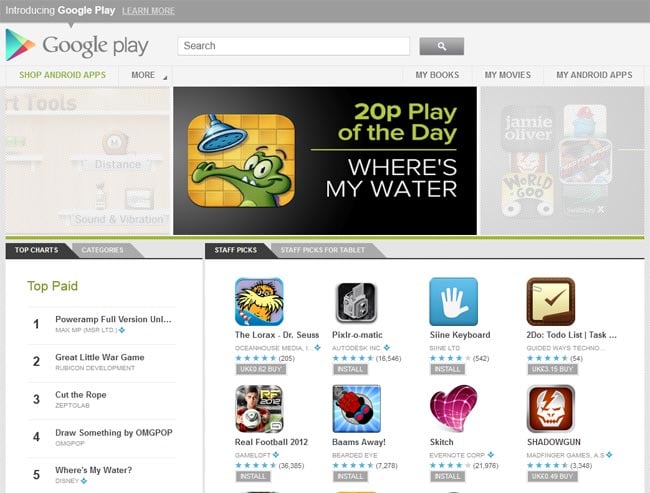 Google Play is built on the same infrastructure as Android Market, so the transition for users and developers will be seamless. Users can sign into their existing accounts with the same credentials as before and purchase content using the same payment methods. As a developer, there’s no change needed to your published products and you can continue to use the same publishing tools to put your app in front of hundreds of millions of Android users. If your app was in Android Market yesterday, it’s in Google Play today.

You can find more information on Google Play over at the Android developers blog and also you can see what the new site is like over at Google Play.