The team over at the Geek website have been able to get there hands on one of the early Google TV 2.0 “Fishtank” development kits which Google has rolled out to a few select developers as they ready the new Honeycomb based Google TV 2.0 for launch.

The Google TV “Fishtank” program invitations were mentioned at the recent Google I/O, the invitation allow a select few developers to enjoy a little Google TV 2.0 time before an official SDK is released by Google. 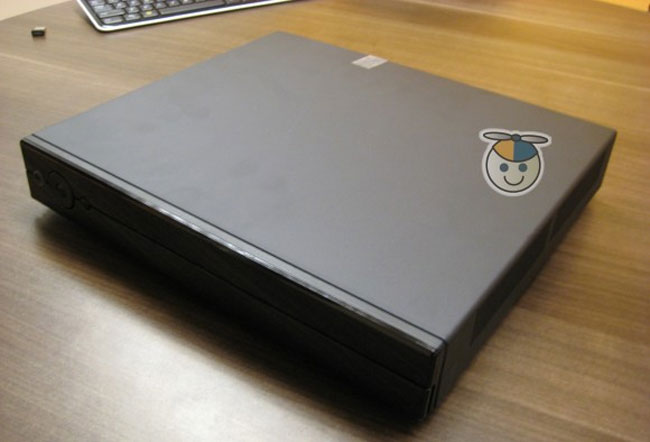 According to the Geek website’s source there are only a handful of around 50 developers in the program at the moment, who have been issued with the Google TV 2.0 “Fishtank” development kits, which consists of a Intel CE4100 reference platform loaded with Google TV v2.0 beta (a stripped down version of Android 3.1),  a power cord and a keyboard.

Geek’s source explains that, one of the largest threads on this “Fishtank” development board is a heated discussion between the hand full of developers and Google in regards to how the “Live TV” app works.

“Currently, Live TV functions in such a way that allows it to broadcast behind the home screen while you do something else. At this time, developers will not have access to the live TV feed while it’s not in direct focus.” 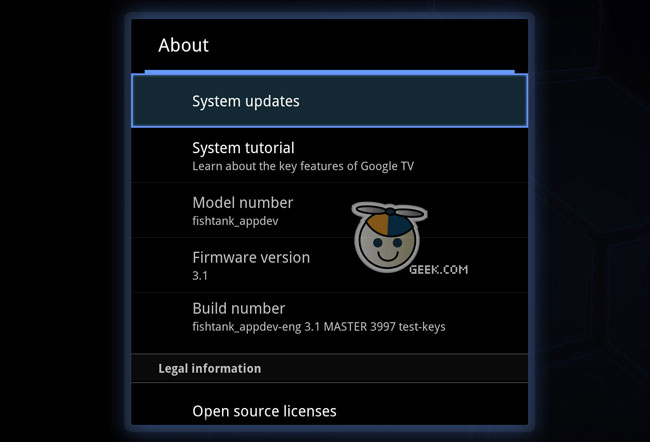 For more information on the Google TV 2.0 “Fishtank” development kit and program together with more images of the Fishtank device jump over to the Geek website. Take a look and our article on Android vs iPhone to see which smartphone and mobile platform is best for you.