Google has this week rolled out a new update to its Google Translate App For iOS 7 which brings with it new handwriting and 70+ languages support together with other features.

The latest Google Translate App For iOS 7 has been tweaked to break down the language barrier even further and now includes a new users interface together with optimised translations technology. 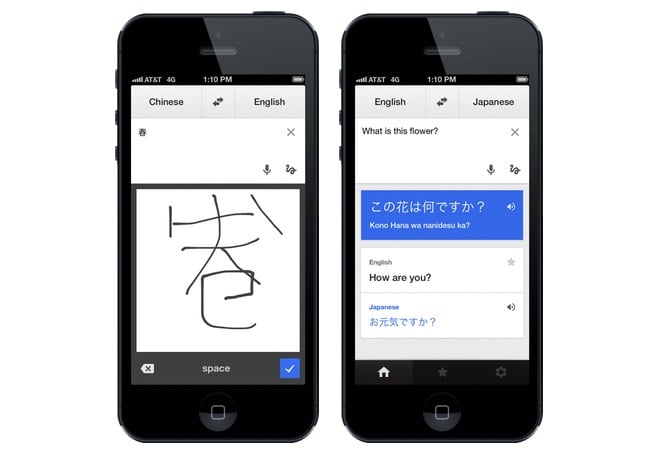 Google explains in their press release: “If you’re on vacation in Kyoto, and want to learn more about an exotic flower arrangement, use text-input to type in your question and translate from English to Japanese with ease. You can also hear your translation spoken back to you in Japanese.

If a shopkeeper in Paris wants to talk with a visitor from Spain, they can tap the microphone, speak naturally, and quickly translate from French to Spanish with a few simple taps.”

Translations between the following languages are supported: