Remember back in May when Google rolled out some major updates across several of its services? One of those unified its multiple chat services into a single “Hangouts“ service. Google Hangouts. Not everything went smoothly. 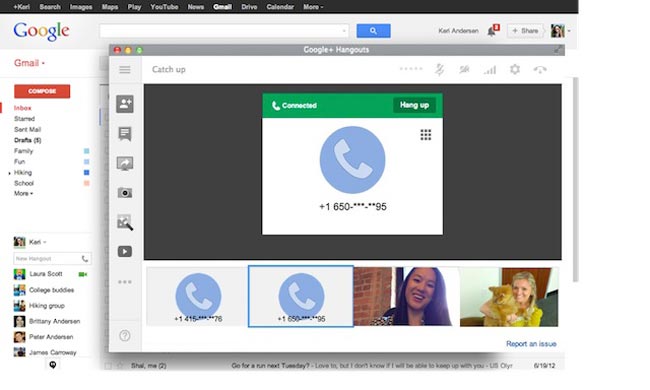 Soon after Hangouts was introduced, Google Voice users learned they weren’t able to make calls from within Gmail to Google Hangouts. After the issue was discovered, Google said its Hangouts would receive Voice support soon. Here we are two months later, and Google is keeping their promise. Better late than never. Making voice calls is possible once again through Gmail. Did you miss it?

You can make phone calls not only from within the desktop version of Gmail, but also from Google+ and its Chrome extension. All calls to the U.S. and Canada are free, as long as the country your calling from supports Hangouts calls.