Google Patents uncovered this week have revealed that Google has patented a smartwatch device with a pop-up transparent screen, which has may have been been imagined to provide similar features to that offered by Google’s Glass eyewear project.

The difference between Google’s smartwatch and others that have been featured on Kickstarter and the like, it that the screen of the Google watch once flipped up would be able to reveal extra information about the world around you. 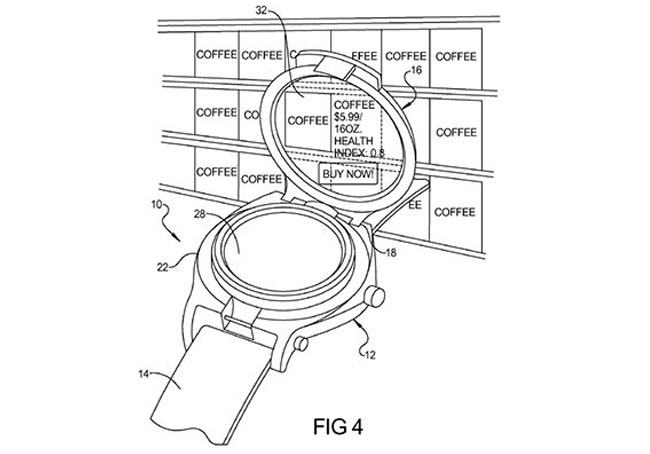 Maybe offering augmented reality overlays of locations and landmarks to help with directions, or even whilst viewing products within your supermarket, using QR or barcodes to trigger offers or messages.

Full details of what Google has in mind for the device, are still unclear and everything is just speculation at the moment. Because even though Google has patent the idea, it doesn’t mean the search engine giant will ever create such a device in the future.

But as always we will keep you posted if more information becomes available, for more details on the patent jump over on the USPTO website.