One of the new devices that Google will unveil when they reschedule their Android event will be the new LG Nexus 4 smartphone, and now some manuals have appeared online which reveal that there will be an 8GB and 16GB version of the LG Nexus 4.

The guys over at Engadget discovered the support manuals for the LG Nexus 4, and some more details on the handset have been revealed, which include that it will come with wireless charging and there will not be a microSD card slot. 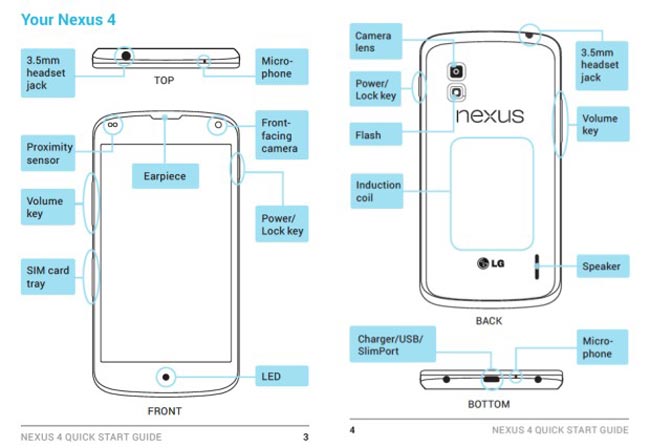 We had previously heard that the LG Nexus 4 is rumored to come with Android 4.2 Key Lime Pie, and the device will apparently come with 4.7 inch multi-touch display with a resolution of 1280 x 768 pixels, plus 2GB of RAM.