Google engineer Ari Gilder decided to propose to his girlfriend Faigy, although he didn’t take the traditional route with a candlelit dinner, instead he devised a unique way to propose using Google Maps and an Android smartphone.

Ari arrange for Faigy’s boss to give her a Nexus One smartphone preloaded with Google Maps, he then sent his girlfriend on a scavenger hunt around New York City, and she had to visit various places around New York, at each one she was asked a new question. 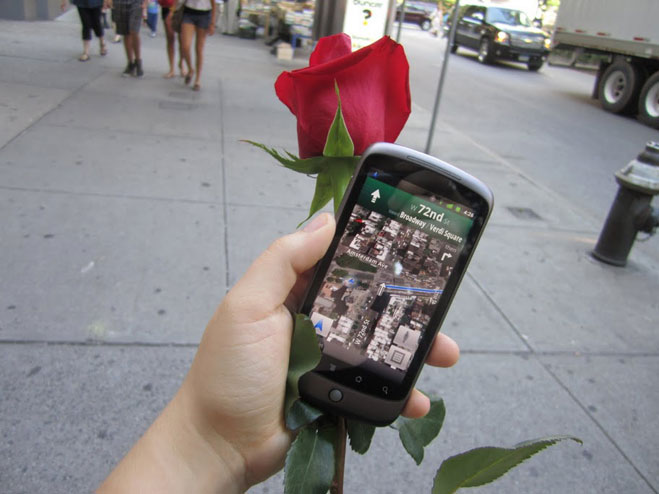 I recently decided to propose to my girlfriend, Faigy. I knew I wanted to do something meaningful and —yes—a little over the top, so I decided to put my software engineering skills to work to create the ultimate romantic scavenger hunt. On the road to “The Big Question,” I wanted Faigy to visit places around New York City that were filled with memories of our relationship. My plan was to construct a map of the route and get my girlfriend from one destination to the next, all with the element of surprise. Google Maps gave me the tools I needed to make the magic happen.

At the end of the route was Ari Gilder, with a final question which was the proposal, we suspect she said yes, you can find out more information over at the Google Blog.