Google’s barge is meant to be “an interactive space where people can learn about new technology,” but the controversy continues to take center stage. Google may soon be ordered by the state of California to relocate construction to a fully permitted construction site. 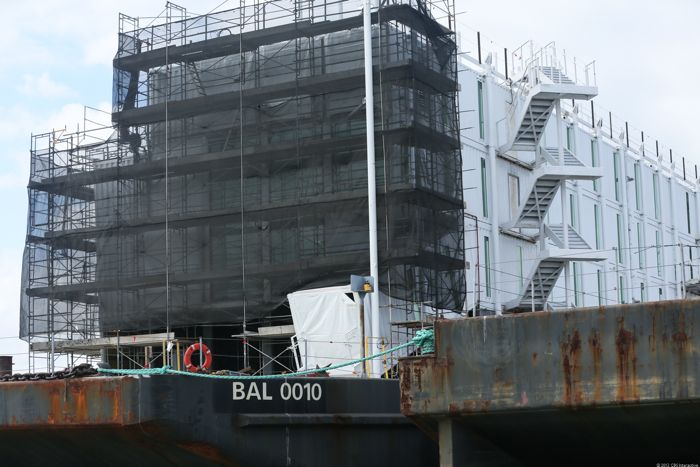 Leaked documents from San Francisco authorities have shown Google planning on a unusual design for the barges, using what looks like giant fish fins to give it a more aquatic personality. That all sounds awesome as far as Tech company spectacles go, but there may be a problem.

Due to complaints regarding the construction, the San Francisco Bay Conservation and Development Commission launched and investigation and discovered that the project is actually missing the required permits. How a company like Google could miss such an obvious step is anyone’s guess. Although their search seems to be getting less and less useful, so maybe it isn’t a surprise that they are being sloppy. However, it isn’t all their oversight. The Treasure Island Development Authority permitted the construction in the first place, as well as the city of San Francisco who both failed to apply for the necessary permits.

The situation can be temporarily resolved though. All they need to do is move Google’s barge construction to one of the construction facilities in the Bay sanctioned by the state. However, the Treasure Island Development Authority could face fines for this oversight. Google has not released any official comment yet.