Google has rolled another small enhancement to its Google+ social network with the addition of stars which can now be used to bookmark memorable posts with Google+.

The new Star feature has been added to create and internal bookmarking system for personal use rather than using the +1 button which is more for public bookmarking and  sharing. 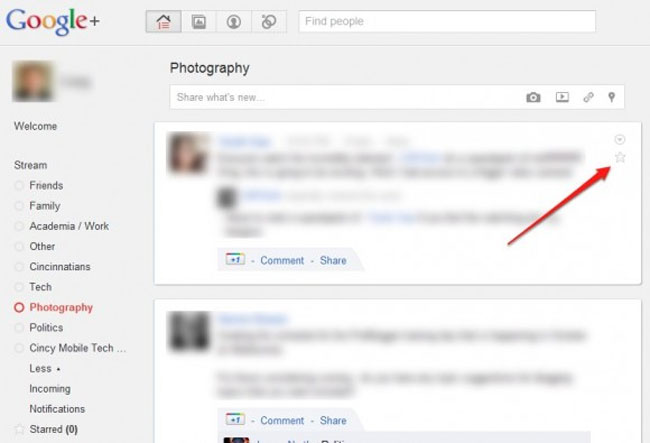 The new star is now located in the top right hand corner of each post, together with a  “Starred” option added to the bottom of the circles list in the left menu list from which you can review them.

The new bookmarking star feature is currently being rolled out by Google to Google+ user but no indication has been given by Google as to when all users will get the feature.