A long time ago in Portugal (okay it was 2003) two German friends started dreaming up a tent. The funny part is eight years later they’ve got their own startup that sells an innovative tent. Partially funded by a European incubator, Heimplanet is the collaborative offspring of Stefan Clauss and Stefan Diekhoff, who think they’ve designed a better tent than all the rest. 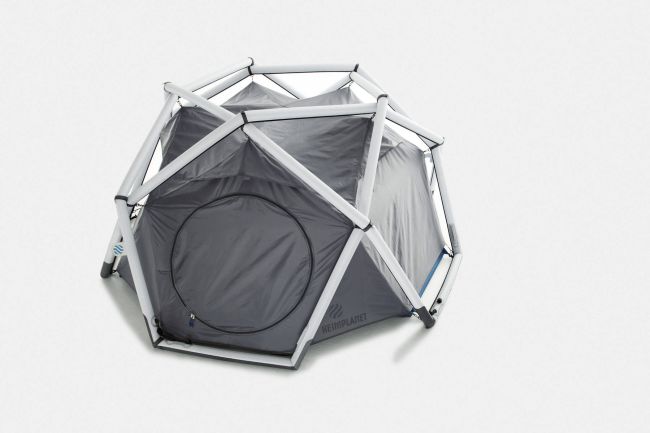 Taking its shape from a geodesic globe, what makes the ‘The Cave’ unique is its outer frame—call it an exoskeleton if you will. The exoskeleton is an inflatable structure that supports a multi-sided habitat that can fit six occupants or at least three sleeping bodies. According to Heimplanet, setting up this tent would take less than a minute.

Currently based in Hamburg, the guys over at Heimplanet think they’ve come up with a tent for every possible tent-situation, whether it’s a muddy three-day music festival, a wilderness escapade, or an adventure in the snowy alps.

The catch is The Cave from Heimplanet (check out their Tumblr blog) is quite expensive, currently selling for $699 plus shipping.