Steve Sammartino and Raul Oaida have created the world’s first full sized Lego car that you can actually drive, and it is capable of speeds of up to 20 miles per hour.

Steve and Raul created this crazy Lego car in Romania, it was then shipped over to Melbourne in Australia, and it was created from a total of 50,000 Lego bricks. 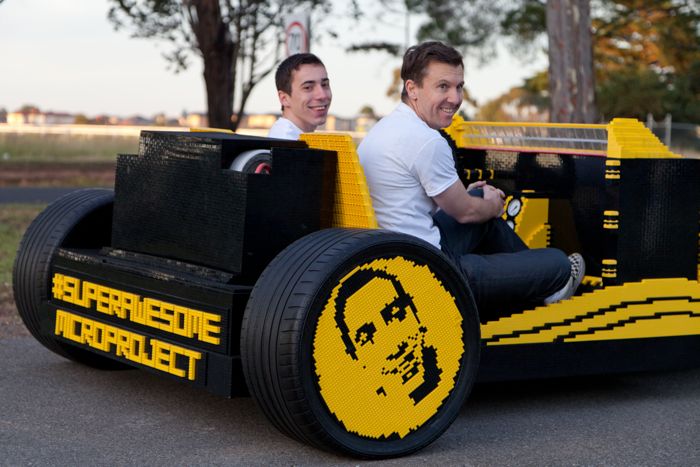 What makes this Lego car even more awesome, is that the engine is also made from Lego and it runs on air, the engine features a total of 256 pistons and has four orbital engines, have a look at the video below. 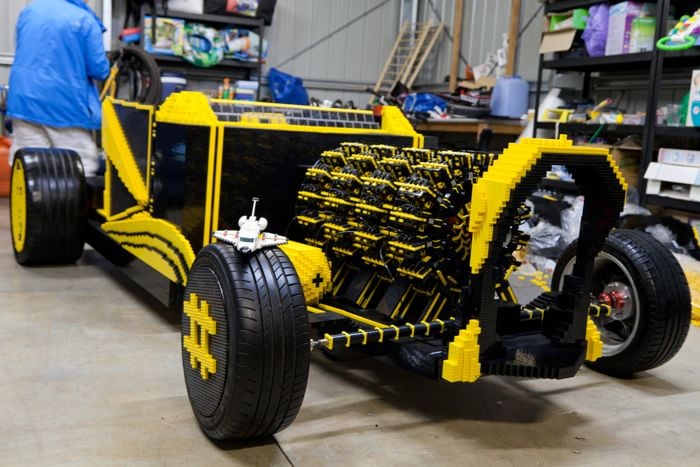 This cool Lego car managed to reach around 20 to 30KM, although it could possibly go faster as the creators revealed that they decided to drive it slowly as they were scared of a ‘Lego explosion’.

You can find out more details about this crazy Lego car over at The Super Awesome Micro Project.