That funky looking robot right there that seems ready to get the party started is none other than the FRIDA Concept Robot from ABB. While it might look hip and cool with its elbow-knocking, arm-crossing and double-deejaying, the robot’s main goal is to raise the productivity of the assembly line. 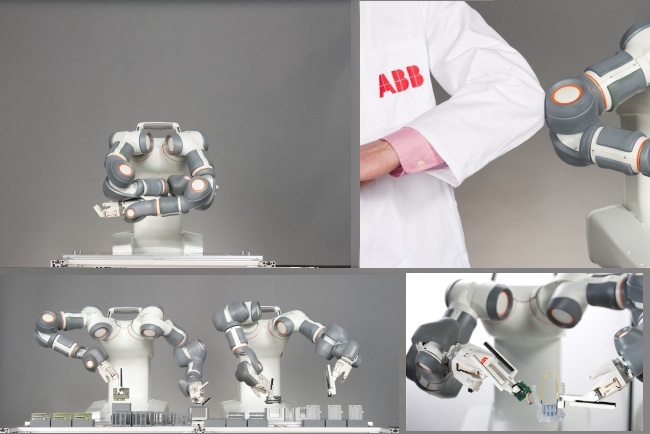 Crazy as it sounds, that smartphone in your pocket and that tablet in your hand are both likely the result of the delicate work of a human. Soon though, these fleshy workers might be out of a job once the FRIDA enters the fray. The automaton includes a flexible gripper, cameras for locating parts and ABB’s own IRC5 robot controller. The dual arms are capable of a wide range of motions, making them capable of augmenting almost any type of workforce.

The clincher is that the build of the robot itself is almost man-like, at least the torso part. This makes them easily interchangeable with human workers and transporting them is also a breeze with the built in handle (where creepily enough the head should be). Right now, the project is in the testing phase but the easy installation, quick deployment and flexibility of the FRIDA could entice quite a number of manufacturers to switch to robotic workers soon. And yes, it does do some b-boying on its days off.