Why ride when you can fly! If you are getting a little bored cycling to work everyday, a new flying bike concept might be just the thing to add a little more spice to your daily commute.

The flying bike that sounds as though it should be from a Disney film has this week taken its very first successful test flight with a dummy passenger. Watch the video after the jump to learn more about the flying bike project and see it in action. 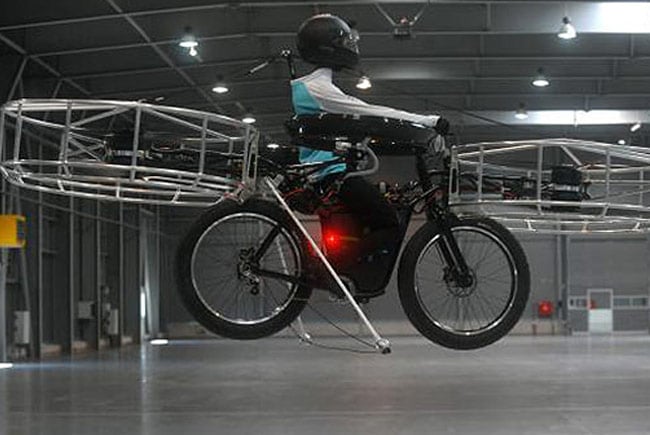 The flying bike has been created via a partnership with several Czech companies that have been developing the prototype, which is fitted with two huge quadcopter style motors and blades for lift.

“Our main motivation in working on the project was neither profit nor commercial interest, but the fulfillment of our boyish dreams,” explained Ales Kobylik, a manager with design and engineering company Technodat one of the companies involved in the project.

“Now the project is in the stage where the bicycle is controlled with the help of a transmitter. But we want to continue until a human being is capable of sitting on it,” Milan Duchek, one of the engineers and designers participating in the project explained:

Unfortunately no information on a possible jump to production has been announced as yet, but as soon as information comes to light we will keep you updated as always.