During the last World Cup, in 2010, FIFA televised 25 of the 64 matches in 3D on ESPN 3D. However, times have changed in just over three years. ESPN 3D is likely to be closed down before the 2014 World Cup, and anyone’s chance to watch games in 3D might go right along with it. While there are currently a number of broadcasters interested in showing the games in 3D, FIFA is currently reviewing the cost of such an endeavor and might decide to simply focus on HD instead.

At the moment, 4K Ultra HD is being tested during the Confederation Cup – which is kind of like an unofficial precursor to the World Cup. Sony, who was a major proponent for 3D in the past, is now pushing 4K instead. 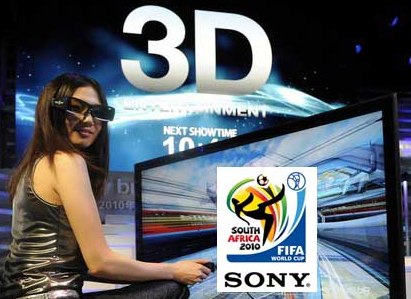 Honestly, I’m happy 3D is on its way out. It was a cheesy gimmick that’s lasted entirely too long. I’m not really all that thrilled for 4K HD either – it sounds extremely unnecessary – but it makes more sense than 3D. I don’t care how good the 3D is, it’s not going to make it seem like I’m actually there.

But I admit, I could be in the minority here. Is 3D and/or 4K Ultra important to you? Do you think they add to the experience in a meaningful way?