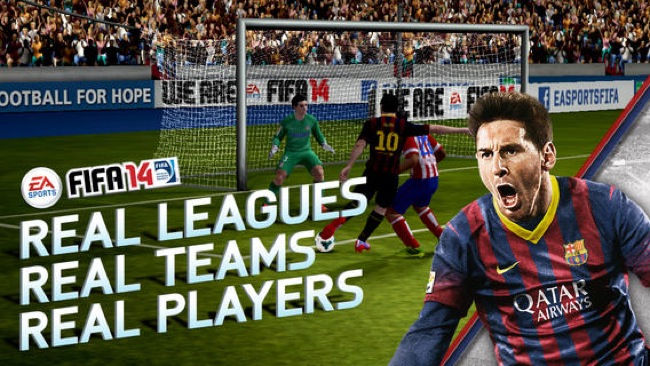 Features in the new FIFA 14 game include new intuitive touch controls that enables players to drag players to move them around the field, tap to pass, swipe to shoot.

“REAL PLAYERS. REAL TEAMS. REAL LEAGUES. Welcome to the most authentic football game for Android smartphones and tablets. Feel the excitement of every pass, shot, and tackle with new touch controls. Plus, live every moment of real-world football with EA SPORTS™ Football Club Match Day. Get in there with FIFA 14!”