Yesterday we told you about the fake Apple store in Kunming China, which was discovered by expatriate blogger the BirdAbroad, the store looks exactly like a real Apple store, with fake apple signs, product displays, and even employees wearing fake Apple t-shirts.

The guys over at the Wall Street Journal have been doing some investigation into the fake Apple store, and whilst the owners of the store refused to speak to the WSJ, the did manage to talk to one of the stores employees. 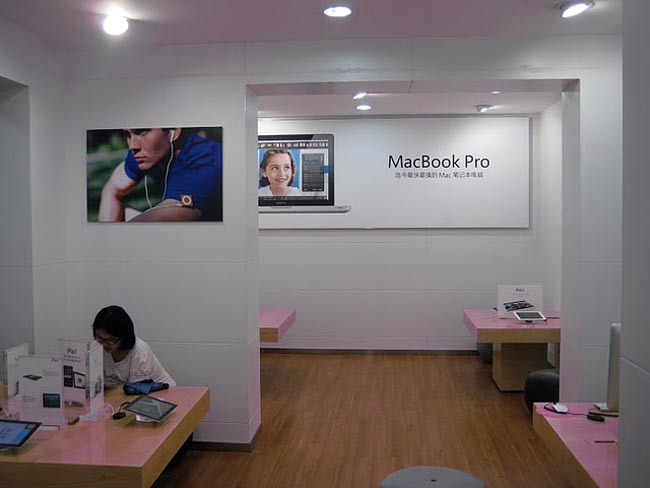 “It doesn’t make much of a difference for us whether we’re authorized or not,” he said. “I just care that what I sell every day are authentic Apple products, and that our customers don’t come back to me to complain about the quality of the products.”

It turns out that the fake Apple store sells original Apple products, although they are not a licensed Apple reseller, we wonder how long it will be before Apple shuts them down.