If you have been enjoying using the new Facebook Stickers feature which rolled out to the Facebook Android application back in April and the Apple iOS Facebook application in May.

You’ll be pleased to learn that the new Facebook Stickers feature is now available via the desktop Facebook Messenger application allowing you to add smiley’s and other images to your messages. 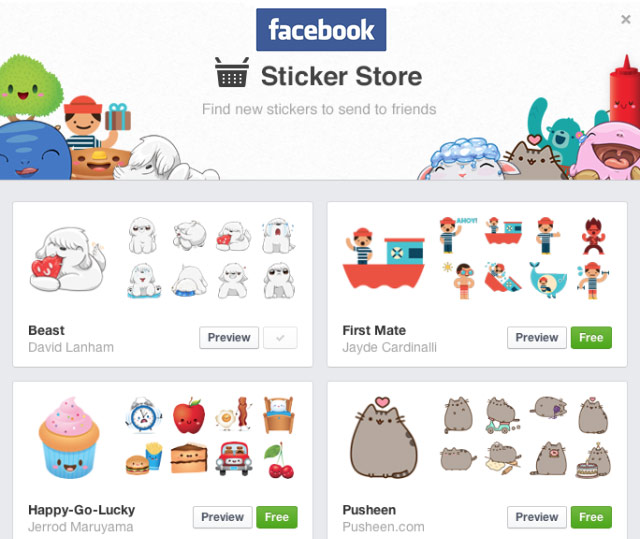 Facebook hired outside designers such as David Lanham to transform Mark Zuckerberg’s dog Beast into his own pack. However Facebook has said that for now it won’t charge users for sticker packs the way other messaging apps like Line and Path do.