Facebook has announced the App Center, which they describe as a new way to find social applications, and you will be able to access the App Center through the web and also on iOS and Android. 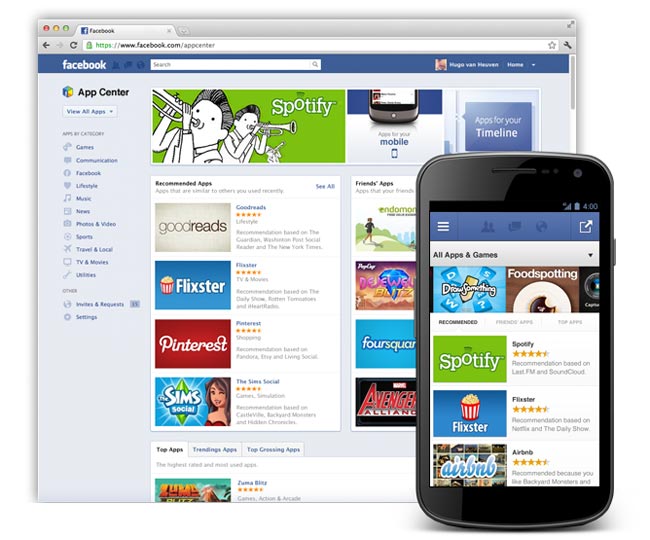 Today, we’re announcing the App Center, a new place for people to find social apps. The App Center gives developers an additional way to grow their apps and creates opportunities for more types of apps to be successful.

In the coming weeks, people will be able to access the App Center on the web and in the iOS and Android Facebook apps. All canvas, mobile and web apps that follow the guidelines can be listed. All developers should start preparing today to make sure their app is included for the launch.

You can find out more information on Facebook’s new App Center over at the Facebook Developers website.