Facebook is one of the most popular social networks without a doubt. Recently, Facebook for Android received an update that brings some needed features to the application. 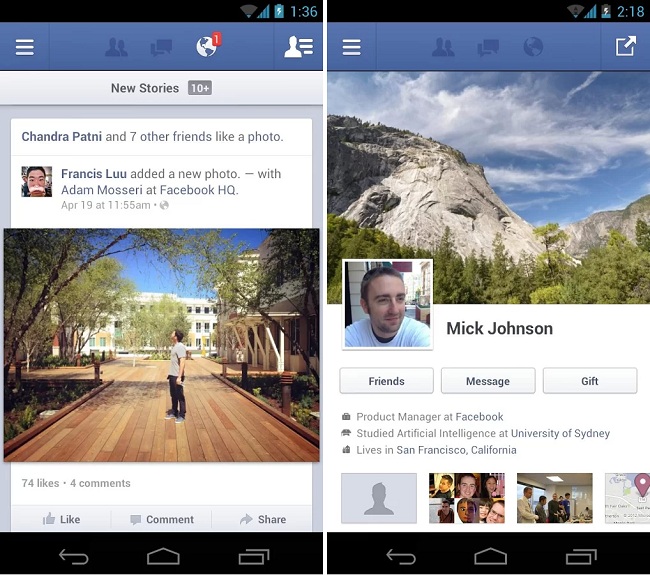 In addition to bugs fixes and improvements, the application gives users the ability to edit posts and comments from within the app, which is a much-needed feature as user often make mistakes while posting stuff.  This means that you don’t have to delete and repost the status update or whatever you are posting again, all you need to do is tap on the arrow right next to post and hit the Edit post option. After making the changes, you can also view all of them.

Additionally, you can also use emoticons in your status updates as well as create and share photo albums from your handset.

Here is the complete changelog:

– Edit your posts and comments, and tap to see all your changes

– See upcoming events at a glance on your favorite Pages

– Create and share new photo albums from your phone