If you enjoy using the note taking application Evernote on your other devices and have been patiently waiting for it to arrive on your Android tablet you will be pleased to know that your wait is now over and an Evernote Tablet version has today arrived in the Android Market.

The new Android Evernote takes the application in a new direction and the interface showcases the direction which the company is hoping to take its other tablets applications in the future says Evernote.

As well as their new Android Tablet Evernote application, new updates to other Android devices have also been rolled out including the ability to now create rich text from your Android phone. A feature which has been requested by a large number of Android mobile Evernote users since the application was first released. 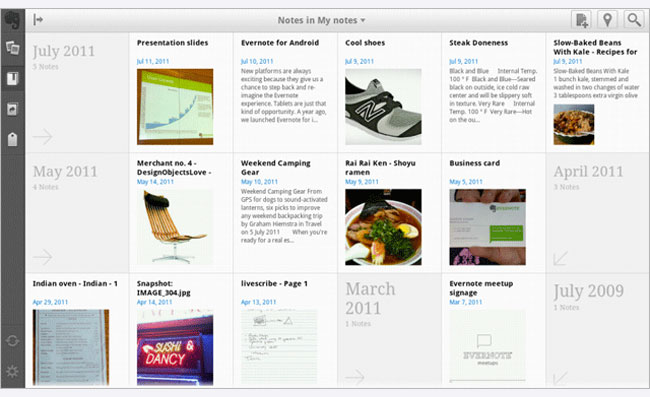 Other new enhancements rolled-out today also include a new Evernote Widget , which has been designed to allow you to jump to core Evernote features easily and quickly and provide you with the ability to view snippets of your recently created notes, so you no longer need to launch the application to find them.

Other tweaks have also increased the applications performance, together with improvements to the messaging which now makes it more informative, revamped user screens, and tweaks have been made to the app to make it more stable overall.

You can now download the new Evernote for Android Tablet application from the  Android Market.