Evernote has today rolled out a new update to its Evernote Android App which brings with it a number of new features and tweaks including the ability to now edit attached documents with OfficeSuite, mark up PDFs with Skitch, and a lock screen widget.

The Evernote Android app and the Skitch app now allow you to easily annotate attached PDFs, letting you give quick, on-the-go feedback on work projects, scanned documents and research if you are an Evernote Premium user. 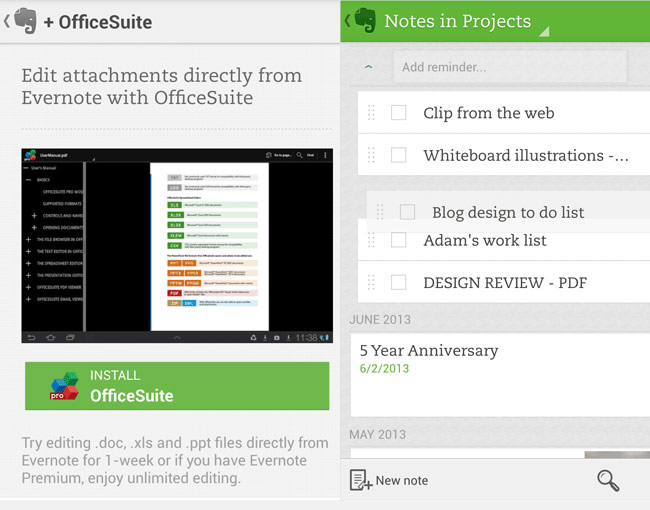 “If your Evernote Android app account is anything like mine, then it’s full of meeting notes, documents, and presentations. For this update, we partnered with the OfficeSuite app to allow you to not only view, but also edit, your attached Office documents. Simply install OfficeSuite, open a note in Evernote and tap on the Edit icon in an attached document.

The document will open in OfficeSuite ready for editing. When you’re done, tap the back arrow at the top left of the screen and you’ll return to the note in Evernote with the option to replace the document or append it to the note.”

For more information on the new Evernote Android App update jump over to the Evernote website for details.