The new Eurocopter X3 is fitted with a pair of rotors on the end of short wings that protrude from either side and assist the more traditional five blade main and tail rotor of the helicopter. 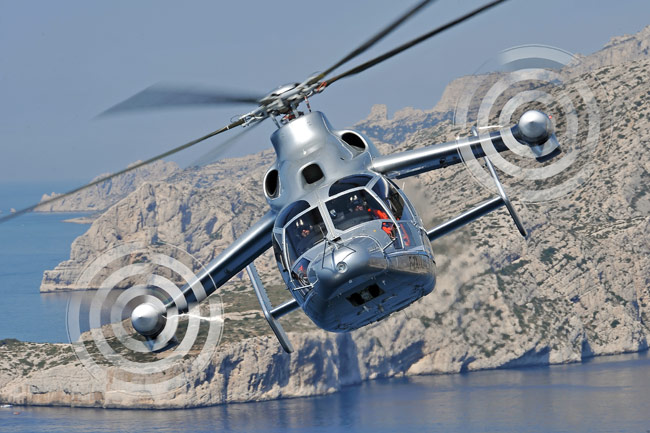 The Eurocopter X3 helicopter is fitted with a pair of 2270 HP Rolls-Royce Turbomeca RTM322 turboshaft engines, that provide power to all four rotors and enable a helicopter to climb to 12,500 feet and of course it’s superfast speed. Enabling it to reach speeds 263 knots or 302 MPH. Eurocopter test pilot Hervé Jammayrac explained in an interview :

“While flying at both 255 knots and 263 knots, the X3 performed exactly as it has throughout its flight envelope, exhibiting outstanding stability and providing a low vibration level without any anti-vibration system.”

“Helicopters can fly relatively fast and the noise footprint for people living around the airport is relatively similar to current traffic noise, so vertical lift can still play a role in commuting people, providing you can design an aircraft that delivers higher speed at reasonable cost,”

“I believe we could well see the first serial products which could do the job with a smaller number of passengers—say 19 seats—at the beginning of the 2020s, and I could imagine seeing larger aircraft with 30-40 seats in the mid-’20s.” 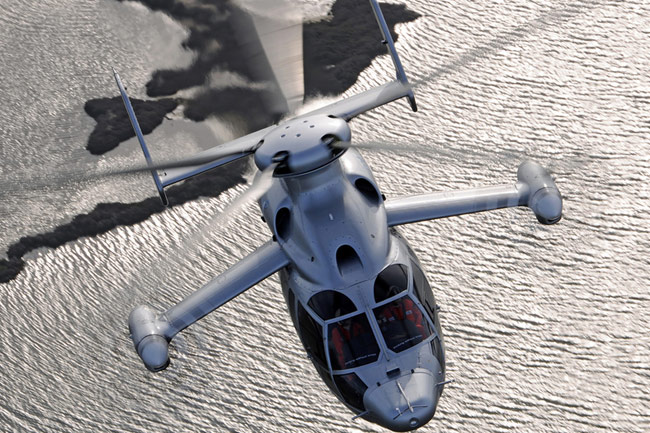