Eton Corporation has just added the new Eton Mobius iPhone 4 battery pack to their line-up providing you with extra juice while out and about. But not only can the Eton Mobius be charged via a USB port it is also equipped with a large enhanced Monocrystal solar panel on the back which is nearly the same size as the iPhone itself. 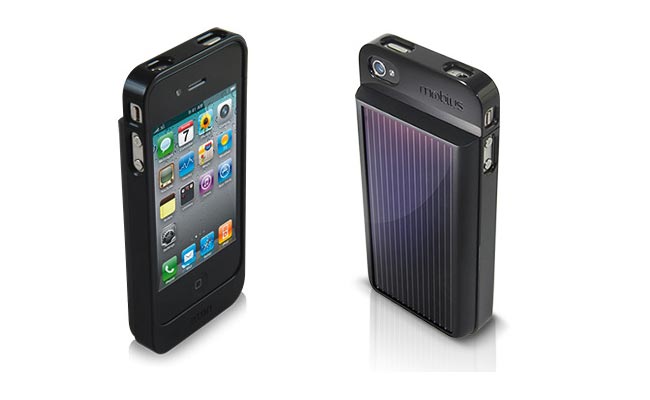 The Eton Mobius has a 1800mAh battery and adds about 20mm to the thickness of your iPhone but claims to double your iPhone’s battery life.

The other great feature of this juice pack is that it will also charge your iPhone directly from the suns rays if needed at a rate of 20minutes talk time for every hour in the sun, allowing you to juice up your device even when away from power sockets.

Eton Corporation has not released any information as yet on pricing or shipping, but as soon as anything comes to light we will let you know.