At some point in the distant future, our sun will run out of fuel and die. Any life left on our planet when this happens will likely die out as well. While that’s certainly more than a little disturbing to think about, the good news is this is likely billions of years from taking place in our solar system. 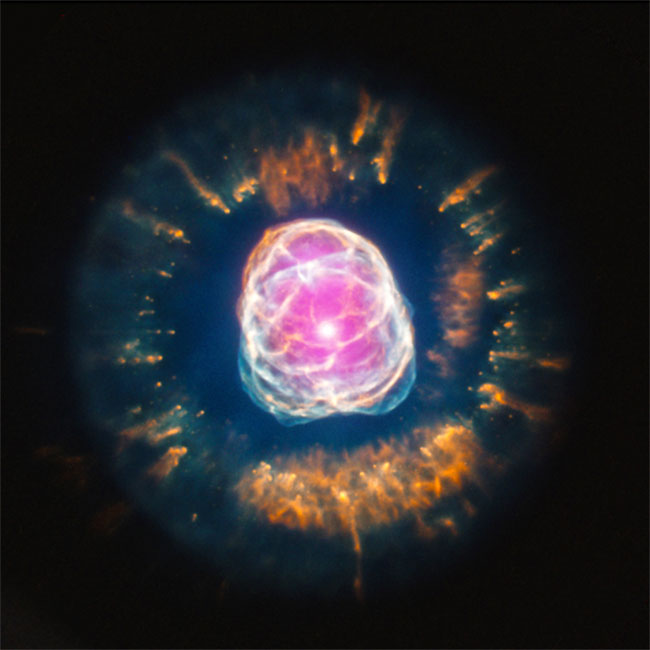 However, NASA has cobbled together a beautiful image of the death of a Sun-like star. The image was built using a composite of optical data from the Hubble Space Telescope and x-ray observation from the NASA Chandra Observatory. The image you see here is the structure of a planetary nebula called NGC 2392.

More commonly, this nebula is known as the Eskimo nebula. This sort of nebula is what’s left after stars with up to about eight times the mass of our Sun run out of fuel during the final stages of their life. Powerful gravitational forces within the failing star blasts the outside layers in the space. The bright glowing colors calls when outwardly expanding shells material are impacted by the stars of radiation causing them to glow.