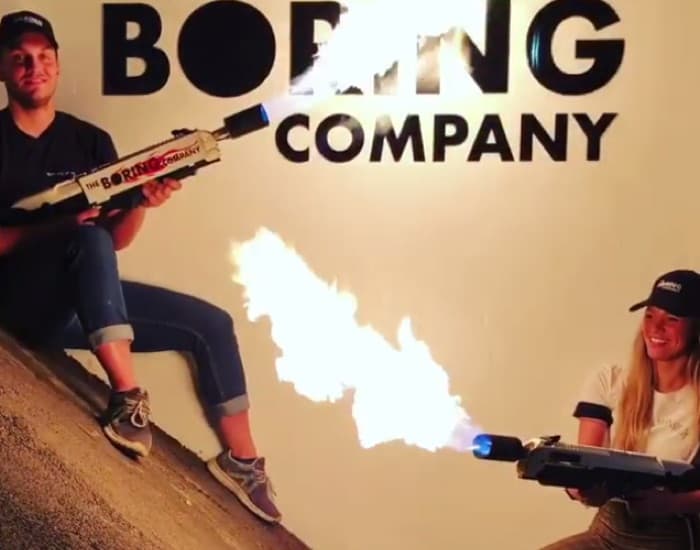 Elon Musk runs several companies that sell things like an all-electric car, new roof tiles that double as solar panels and more. What about a weapons? You can add that to the list as well now. Elon Musk founded The Boring Company awhile back and at the time sold a ton of Boring Company hats and teased that when the hats were sold out, they’d sell a flamethrower. Well, true to his word, you can now pre-order your very own flamethrower from The Boring Company.

Musk’s Boring Company is now selling the “world’s safest” flamethrower that you can pre-order for just $500. The company hasn’t confirmed when it’s going to ship them. There are 20,000 flamethrowers available for purchase and Musk tweeted yesterday that over 2,000 have been sold already. They are actually legal. Musk says that the Bureau of Alcohol, Tobacco and Firearms allow flamethrowers that shoot fire less than 10 feet. So it’s all good.

We don’t know why The Boring Company is selling a flamethrower, but it is an interesting item for sure. The flamethrower could be used to start fires obviously, maybe use it to start your grill. Or just have some fun with fire. While staying safe of course.