Gameloft has released a new trailer for their upcoming game Dungeon Hunter 3, which is scheduled to launch on the iPhone and iPad on the 21st of December, and it will also launch on Android in January of next year.

From the looks of the video below, Dungeon Hunter 3 is going to be a popular game on both Apple’s iOS device and also Google’s Android devices. 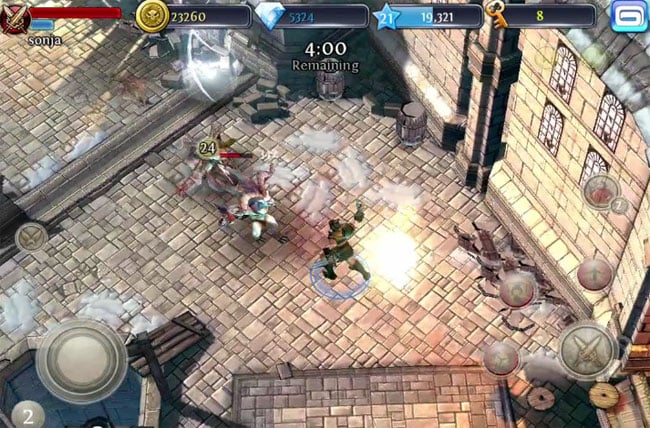 Dungeon Hunter 3 is very ‘diablo 2’ like in the sense that it’s all about crawling dungeons with a top-down perspective. That’s where the similarities seem to end as Dungeon Hunter 3 comes with 16 different massive arenas, otherwise known as dungeons, for you to battle it out in. Judging from the trailer below, the graphics and gameplay have seem a great amount of work done to them and this easily looks like the best game out of the Dungeon Hunter series.

As soon as we get some details on the actual launch date for Android we will let you guys know.