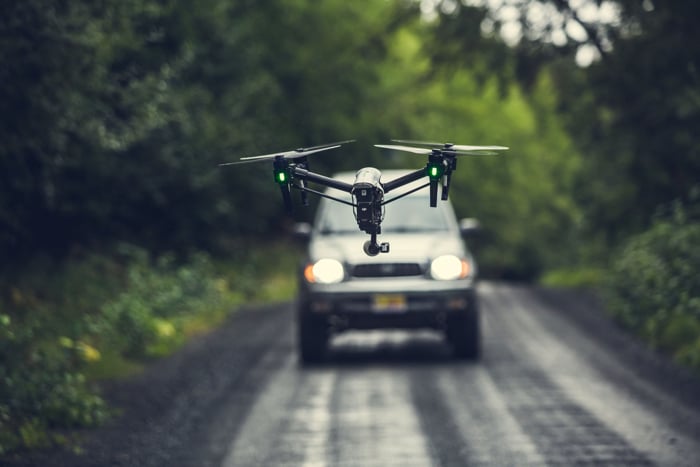 Drones are amazing for photography and since they’re relatively inexpensive, anyone can have fun with them. However, some use drones for illegal activity, like this case over in Singapore, where four suspects were arrested after it was discovered they were trying to smuggle drugs from Singapore across the border to Malaysia.

According to Singapore’s Central Narcotics Bureau, local police detected what they claimed to be “unusual manned aircraft activity” at the Kranji Reservoir Park. They were then sent there for further investigation and discovered a drone with a bag attached to it hovering in the air. They later found two of the four suspects operating the drone.

They also discovered that the bag contained a variety of controlled substances, and after looking through the suspect’s car, they found more illegal drugs like Ice, heroin, and Ectasy.

The press release from the CNB states, “The two men were suspected to have operated the unmanned aircraft from Singapore, to import drugs from Malaysia. The flight data retrieved from one of the suspects’ phone showed that the unmanned aircraft had flown from Kranji to Johor Bahru and back again to Kranji that day.”

People use drones for illegal activity all of the time. These guys just got caught.