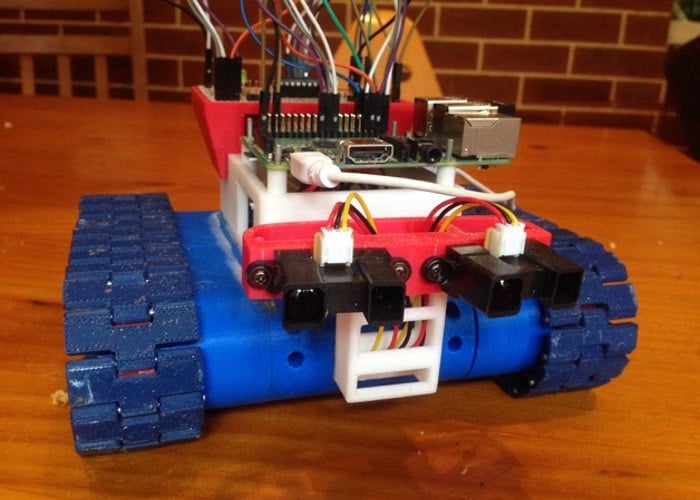 A high school computer teacher based in Sydney, Australia, has used the awesome Raspberry Pi mini PC together with a 3D printed framework together with a few sensors and other components to create a fantastic Tank Bot.

The Drogerdy as its has been named builds on previous designs and is the second prototype out of the jRobot project. The Raspberry Pi tank bot makes use of a number of simple parts to do a whole lot, says its creator.

“The jRobot project allows my students to dock their Raspberry Pi with any of the robots, plug it all in and program away. The build shown makes use of the MCP3008 ADC to allow the RPi to access a range of analogue sensors including the Sharp 2Y0A02 Infrared distance sensor.”

“Last year my school purchased a 3D printer and I began to use it to create brackets for the Raspberry Pi computers that I was using in class,”-“At some stage during the year I came up with the idea of starting the ‘jRobot Project’. The concept is for the school to create a number of robots that my students can dock their own Raspberry Pi onto, connect up with a few jumper straps and start programming.”

“The Drogerdy is designed as a tractor style robot which is modular and expandable,”-“The need for a tank style bot was important as it exposes my students to specific programming concepts in a new and interesting way. Currently the tracks run around a two cog assembly, but I have designed an expansion piece to enable the track to be almost twice as long.” 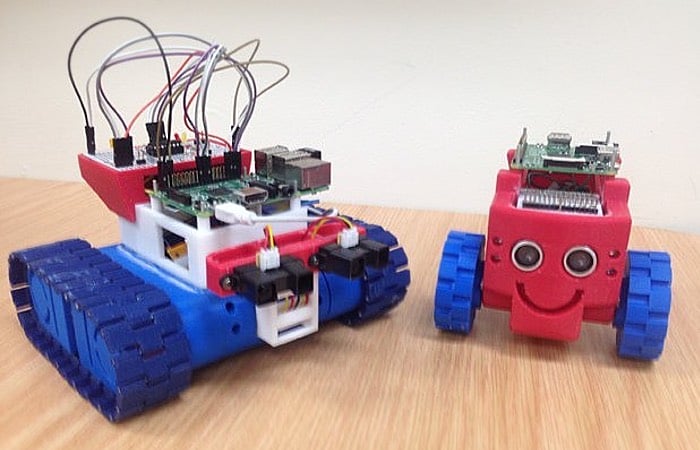 For more information on the new Drogerdy jump over to the Thingyverse website for details and the ability to download the 3D printing files to create one yourself.