Dolphin has announced this week that they have rolled out a new update for their awesome Dolphin browser which is available for both iOS and Android devices and has recently passed 50 million installations.

Dolphin has already equipped their smartphone and tablet browser with voice controls and has this week rolled out new sharing and syncing support together with a handy Evernote Clipping feature. 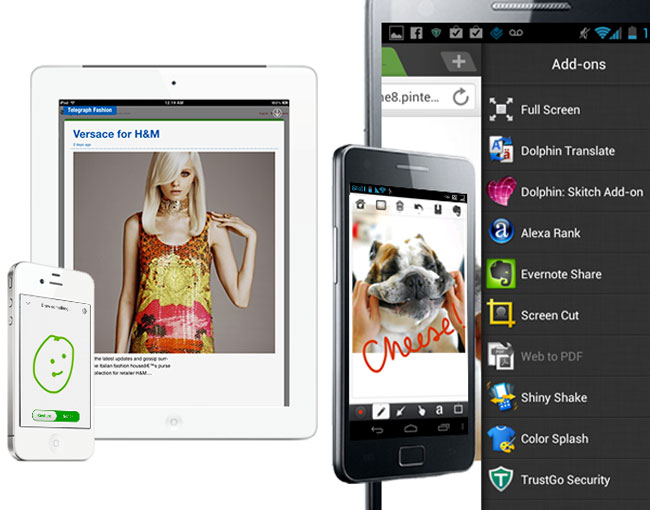 “With one-tap sharing, Dolphin users can be more social than ever from within their browser. Users can instantly tweet content, post it to Facebook or share via email. Dolphin has even taken it one step further, allowing users on the same WiFi connection to broadcast any webpage to their friends.“

The latest Dolphin browser is now available to download from the App Store for iPhone or for the iPad, and also for Android devices from the Google Play store.