Rob Bosher, a Doctor Who fan, has built a life sized Dalek in his spare time, the build took Rob two years to complete and cost a total of £700 in parts about $1,140.

Rob Bosher works as a health care assistant in the UK, and he transformed his backyard into a workshop to build his Dalek, and  it is made from the base of an electric wheelchair, with a joystick type control to move the Dalek around. 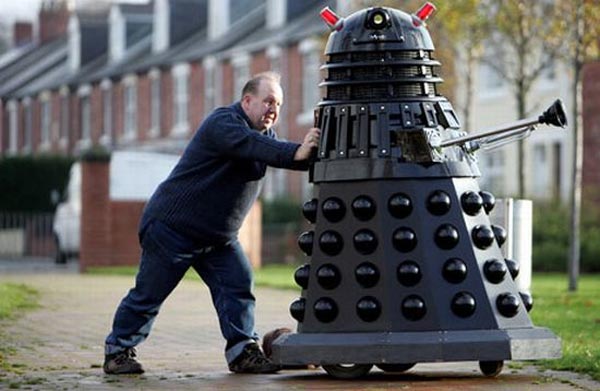 It is also fitted with a voice modulator, to give it authentic Dalek sounds, and it also features working lights and a moving eye which was made from a magic eight ball.