Digg has added their Digg Reader to their iOS App, and the updated app now comes with the ability to import your Google Reader feeds into the Digg Reader application on your iPhone or iPad.

Digg have also announced that they are working on Digg Reader for Google’s Android platform. The Digg Reader for Android is expected to be released in the next three to four weeks. 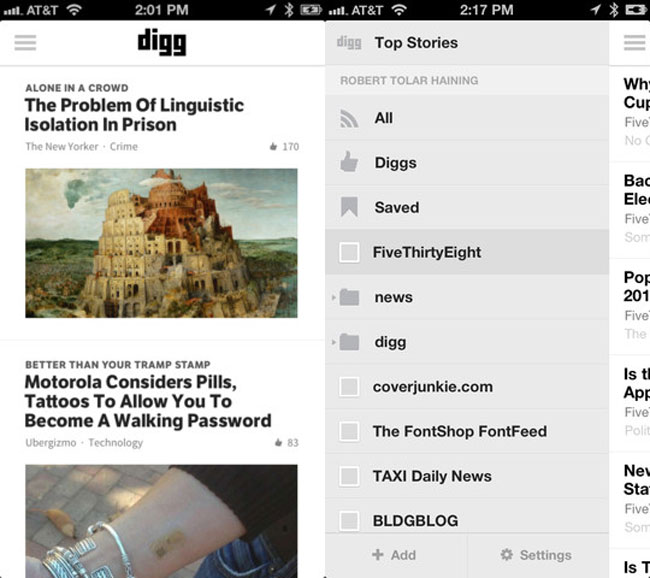 It will be interesting to see if the Digg Reader RSS reader becomes popular, a number of other companies like Feedly, AOL Reader and others are also releasing new RSS readers to replace Google Reader which comes to an end next Monday.