Ha! This fancy eraser set even comes packaged inside a lightsaber. The Gomu Star Wars Eraserland is a Lucasfilm licensed eraser set whose eight different pieces are shaped after some very popular Star Wars icons, including Darth Vader himself and an X-Wing. The really incredible part is the detail involved. In fact, you might not want use these to erase anything and just show ’em off instead. 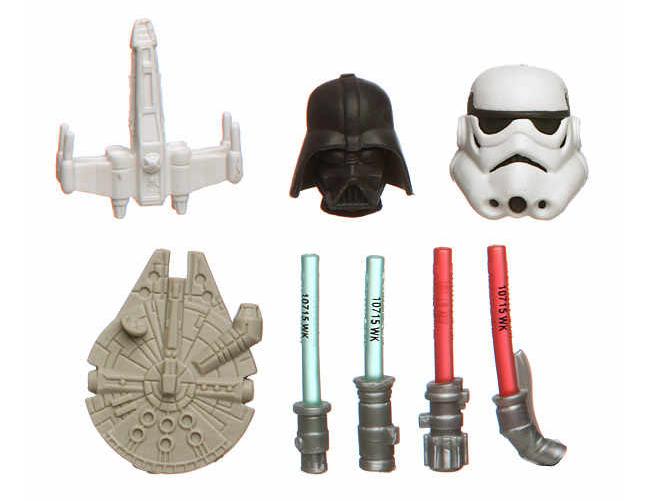 Did we mention the lightsabers? Yeah, there are a bunch of lightsabers thrown in with different colored beams. The product page ahs got a great introduction to this eraser set, but it’s silly to the point that it’s no use quoting. (better yet, open the source link below.)

The impressive details also guilts you into not using any of the erasers at all. They look better off in some shelf, actually.

The Gomu Star Wars Eraserland is now selling for $14.99.