That means it’s a Kickstarter project. If you’ve always been fascinated by sea creatures other than fish, then this project might interest you. It’s masterminded by this guy named Alex, a San Franciscan who’s obsessed with having jellyfish for pets. See, for quite a while now Alex has been modding regular fishtanks to accommodate jellyfish. He’s succeeded at it, but has now found a better artificial habitat for the species: their own specialized tanks. The product itself is ready, all it needs is capital to get off the ground. 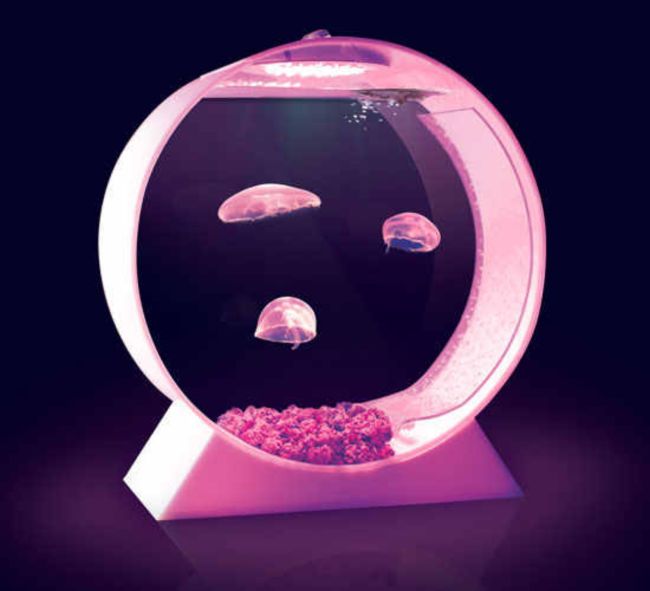 The ‘About’ part of his Kickstarter page goes:

I want anyone to be able to have their own pet jellyfish.  Through Kickstarter, I’m proud to introduce the Desktop Jellyfish Tank.  It’s the first affordable aquarium designed specifically for jellyfish and it’s as easy to maintain as a regular fish tank.  Now Kickstarter donors can pre-order the first tanks that get produced.

Just to add, it really sucks to be a jellyfish in a regular aquarium. According to Alex, when he put them in, the jellyfish usually got sucked in by the filtration intake, which is the sucking part by the way.

Apparently Alex has been shown a lot of love by willing patrons who find his design both appealing and fashionable enough for home use. To date, his Kickstarter campaign that ends September 12 already has more than $20,000 in pledges.

Here’s a video from the same location: