They may not have them yet, but the rumor mill is saying that Delta Airlines is planning to give all of its pilots Microsoft Surface 2 tablets with Windows 8.1. The reason for the tablet disbursement would be to give pilots an advanced tool for their trade, like when Delta and a couple other airlines gave their pilots iPads in 2011.

The rumor follows along with Delta’s announcement last month, when it said it would be giving its flight attendants Nokia Lumia 820s in order to simplify the drink and meal ordering system during flights. So far Delta has refused to speak on whether or not the rumor is true, saying “we’re always evaluating opportunities to enhance the use of technology across our business.” 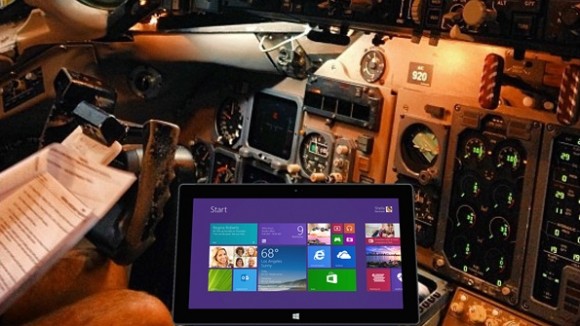 Correct me if I’m wrong, because it’s been a while since last I flew, but don’t you have to turn your phone off during a flight? (Or at least, aren’t you asked to?) If flight attendants are walking around with phones out, why the hell can’t I have mine on? I think it’s great that they’re implementing new technologies, but I’m not one for hypocrisy.

What does everyone else think?