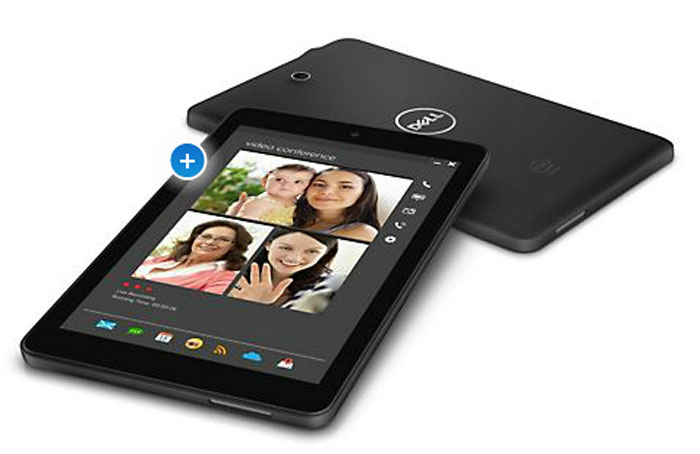 Dell has been offering devices on the tablet market for a while now. Its devices typically run Android and none of them have been smash hits like the iPad or Galaxy series of tablets from Samsung. What Dell does offer is a decent tablet at a good price. Dell has announced that it has updated its Venue 8 and Venue 7 tablets.

The Venue 8 tablet has been updated with a full HD resolution screen and wireless charging. The wireless charging feature lets the tablet recharge by laying it on a charging plate. It runs Android 4.4 and has WiFi, a 2MP front camera, and a 5MP rear camera. Dell has also updated the Venue 7 tablet.

This smaller tablet doesn’t get the wireless charging feature its big brother gets. Rather this tablet gets WiFi and a screen resolution of 1280 x 800. The updated Venue 8 will sell for $199 with the Venue 7 selling for $159. Both tablets promise up to ten hours of use per charge. They also both use the new Intel Merrifield processor that was originally meant for smartphones. Both tablets will ship next month.