Not too long ago, the Evasi0n team released the untethered iOS 7 jailbreak, which came under a lot of criticism as it came with a cracked Chinese App store. Let’s just forget that for a moment, and look what we have here.

Cydia application for jailbroken devices recently got a makeover, which embraces the look and feel of iOS 7. There’s no denying that the new interface looks much cleaner and better than the previous version. The tab bar icons were designed by Surenix, the UI Icons were made by Kyle Matthews. 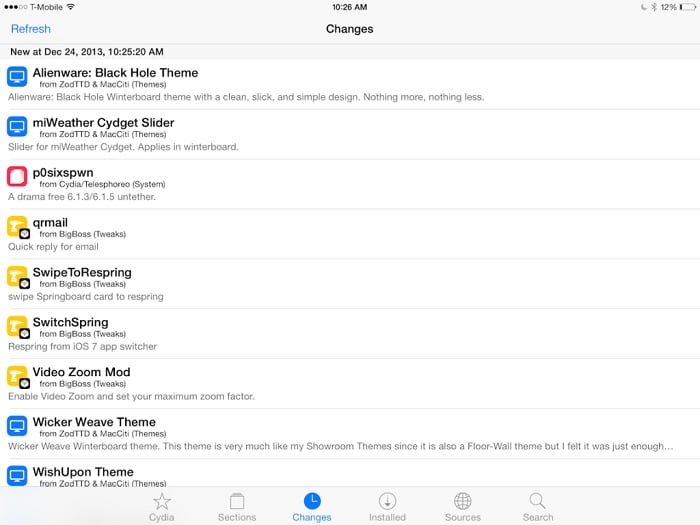 Saurik explains about the launch of the redesigned Cydia, which looks pretty good.

Due to evasi0n 7 having been released with an unofficial build of “Cydia”, I had to upgrade Cydia via a package. This is more complex, as packages I release in my repository have to work for all users, not just those on the latest firmware. I have managed to get Cydia 1.1.9 working on iOS 2-7.

The update focuses more the look and interface of Cydia, than on new features, as it comes with iOS 7 design elements and human interface guidelines. The updated version of Cydia is available for free on Saurik’s own Cydia/Telesphoreo repo.

So, if you’re running a jailbroken device, update the Cydia application and let us know about your thoughts in the comments below.