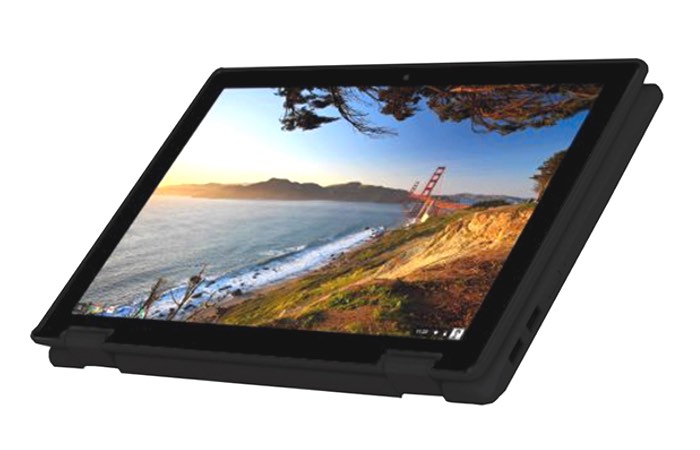 CTL has this week unveiled a new addition to their range of Chromebook systems with the unveiling of the CTL J5 which takes the form of a rugged Chromebook which can be converted from a laptop to a tablet by rotating the keyboard 360 degrees.

The CTL J5 is being promoted to the educational market where a little more ruggedness on a system never hurts and have a quick the system with a Braswell N3050 processor that is supported by 4 GB of RAM.

The CTL J5 Chromebook is fitted with an 11.6-inch IPS panel supporting 5-point touch input with the option for an additional stylus if students would prefer to sketch or handwrite notes instead of typing.

Internally CTL has added 16 GB of storage which can be expanded further via the use of the included microSD card slot. Other features of the rugged Chromebook include 2 x USB 3.0 ports, 1 x HDMI output, and an HD webcam, together with a battery that is capable of providing around 10 hours of use on a single charge. Unfortunately no information on pricing or worldwide availability has been released as yet, but as soon as information comes to light we will keep you updated as always.