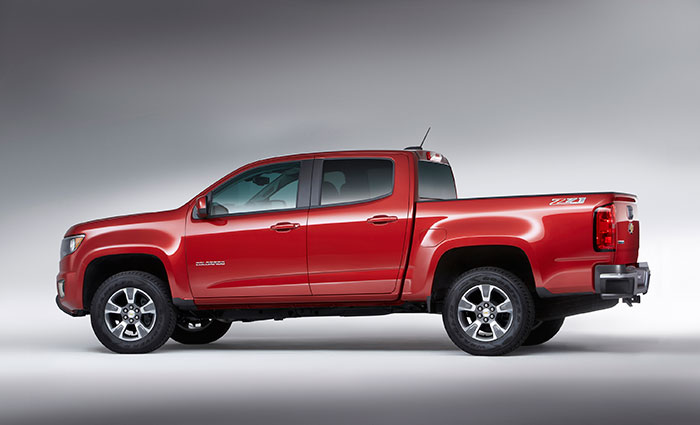 Chevrolet has announced a couple important new updates for the mid-size Colorado truck for the 2017 model year. The upgrades include an all-new V6 engine and a new class-exclusive 8-speed automatic transmission. The new second-gen V6 engine is a 3.6L unit, just as it was before, but gains updated technology.

The new engine has improved variable valve timing for intake and exhaust, improved direct injection and Active Fuel management. That last bit is more commonly known as cylinder deactivation. Two of the six cylinders in the V6 can be deactivated under light loads and throttle applications. Power from the new V6 is 308hp and 275 lb-ft of torque.

The new 8-speed auto is a Hydra-Matic 8L45 and is about the same size and weight of the 6-speed it replaces. The trans has a wider 7.0 overall gear ratio giving it a numerically higher first gear helping to start when hauling heavy loads while improving highway efficiency. The updated truck will land at dealerships in Q4 2016. Chevy is on track to sell over 160,000 Colorado trucks in its first two years on market. Colorado owna 23% of the midsize truck segment right now.